I don't know about you, but I have a responsibility to take care of my family.  If bad things happen, the police will come, but it will not be soon enough to protect us from an armed attacker.  That's no fault of theirs; that's just reality. 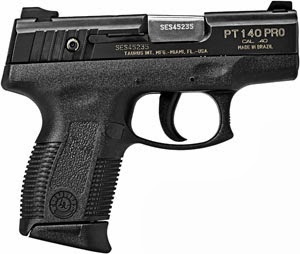 So, I own a handgun.  Actually, I own several handguns and I carry one with me everywhere.  Its not that I expect to be attacked.  If I thought that was going to happen, I would just stay home.  That, my friends, is called common sense.

But, what is also common sense is that people do not know when they are going to be attacked.  Do you think anyone ever walks out the door in the morning thinking "today is the day I will be stabbed by a meth addict?"  No - no one ever thinks it will happen.

Reality tells us that people will be violently attacked.  So, why do you think it won't be you?  Why do you think that you are special?  You are not.

You must be prepared to defend yourself.  No one wants to take another life, but if someone is trying to kill your wife or child, why would you not defend them?

God did not equip us with fangs and claws.  Instead, we have reason to create tools and opposable thumbs to hold and use them.  That is what a handgun is:  a tool for self defense.  A tool for the protection of your family.
Posted by Unknown at 1:26 PM 3 comments: